Prized Possession Up For Grabs To Support NHS 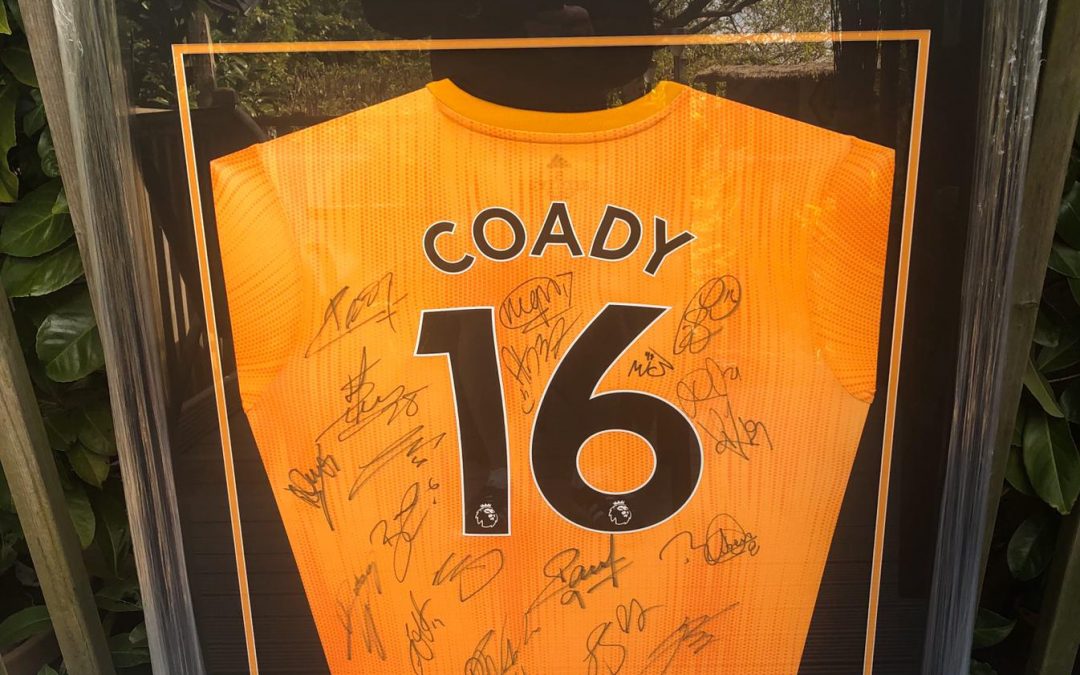 A well-known Wolves fan and lover of Molineux memorabilia is raffling off one of his prized possessions in aid of New Cross Hospital – to say thank you for their treatment of one of his closest friends during his battle with Covid-19.

Steve Plant, who has a built up a huge array of Wolves collectors’ items covering much of the club’s history, is putting a framed matchworn shirt worn by Wolves captain Conor Coady and signed by the entire first team squad up for grabs to support Royal Wolverhampton NHS Trust.

Plant’s close friend and fellow Wolves fan Neil Taylor, landlord of the Fox at Shipley, was taken seriously ill with coronavirus and spent a week being treated at New Cross, and this raffle, to say thank you, will boost a fund which has seen former Wolves’ players, staff and the club’s supporters already raise over £30,000 to help the hospital increase its capacity.

Two other Wolves fans and friends of Plant, Craig Gracey and Bill Staite, have also come through their own severe Covid-19 battles having been treated at New Cross and Russell’s Hall’s Hospitals respectively.

“This is a great Wolves piece, signed by Conor and all of the current first team squad, but unfortunately the golf day which it was lined up for has been cancelled,” says Plant, who has also produced two ‘They Wore The Shirt’ books as well as a look back at the 2017/18 Championship-winning season.

“With everything that is happening at the moment, and how close to home it all was with Neil, Craig and Bill, I want to support this appeal to help New Cross increase its capacity.

“NHS staff across hospitals in the Midlands are doing an incredible job in treating so many patients who are seriously ill, and they deserve as much backing as we can give them at such a horrible time.

“We all know how much Wolves means to everyone, and to see the fans joining players and staff past and present to support the local hospital is nothing less than I would expect from such a special club.”

“From the bottom of my heart, I want to thank all the staff on Ward 38 on the AMU Unit at New Cross, who looked after me and nursed me back to full health,” says Taylor, himself a fantastic fundraiser who has raised over £150,000 to say thank you to Birmingham Children’s Hospital after daughter Kiahna underwent five heart operations as a child.

“Due to the nature of this virus, the working conditions for staff are extremely difficult, putting themselves in danger to help their patients.

“Not only that, but what they are witnessing is absolutely harrowing – it was hard enough being there as a patient but for them, to be there hour after hour, day after day, the work they are doing is unbelievable.

“With this fund that has been set up, and all the support from Wolves players and managers past and present, can we just dig deep to give whatever we can to support New Cross Hospital?

“The support shown already has been unbelievable and now Steve, a very close friend of mine, has made this donation of a Conor Coady signed shirt.

“Hopefully people will support the raffle, and we can do what we can to help everyone at New Cross Hospital.”

In addition to the first prize, Plant has also kindly donated a second prize of a hand-signed and framed Raul Jimenez photo montage, and a Steve Bull signed limited second edition copy of the hugely popular They Wore The Shirt book.

Former Wolves captain and now Wolves Foundation ambassador Karl Henry was heavily involved in the set-up of the former players/staff and supporters fund, which is aiming to raise £50,000 towards the appeal to increase the capacity at New Cross.

“As I have said all along, the sense of community that has emerged at this awful time has been one of the rare positives from this crisis, and for Steve to donate such a prized item just sums that up again,” he said.

“Hopefully this will encourage fans to keep the fundraising going, and donate to have a chance of winning this fantastic prize, and we must say a big thank you to Steve for such a generous gesture.

“It is also great to know that Neil, Craig and Bill have all come through some really bad times with the illness, again thanks to the incredible NHS staff that we all have so much admiration for and want to support.”

To stand a chance of winning one of the three prizes, click hereto visit the fundraising page and leave your name with a donation of a minimum of £5.

The former players are also going to be conducting further giveaways via the main fundraising page which Plant’s donation will be added to.  Keep an eye out for those details shortly.

“Neil and Steve have both been great supporters of the Former Players Association and attending our events and it is only via people supporting those that we are able to make our donations to good causes in the local community,” says WPFA Manager Richard Green.

“There was a lot of concern when Neil was taken ill, and it is great news that he is now close to being back at full health, and another testament to the fantastic work being carried out by the NHS on the front-line in Wolverhampton and across the country.

“This is a fantastic gesture from Steve which will hopefully encourage fans to continue to support this appeal and continue to help the NHS with the treatment of those suffering with coronavirus over the coming weeks.” 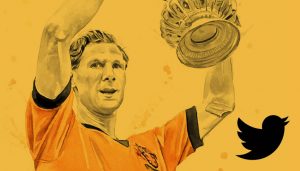 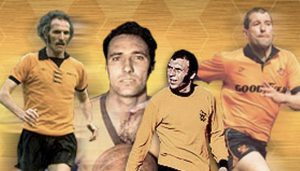